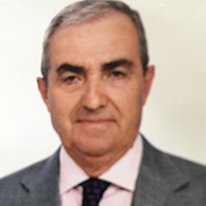 Chairman
Professor Sulejman Kodra is one of the central founders of LSIA, serving as a leading Chairman since its establishment in Albania, in 1994. He is an active medical doctor and has served as the Professor of the Faculty of Medicine at Tirana University Hospital Center for over 40 years. Professor Kodra is a respected intellectual in Albanian and European academic circles, continuously participating and contributing to scientific works and publications, and serves as a guiding educational and humanitarian pillar of LSIA. 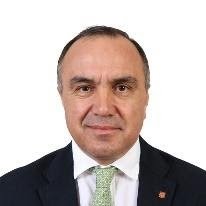 CEO & Board Member
Ambassador Genci Mucaj graduated from Tirana University in 1997, where he majored in English and American & British Studies. During his academic pursuits, he co-founded LSIA, becoming a board member, and eventually leading as Executive Director. Amb. Mucaj served as CEO of LSIA until being appointed to the distinguished Albanian Foreign Service in 2005, where he served as the Albanian ambassador to the Republic of Turkey from 2013-2016. During his leadership, he oversaw 30,000 students' enrollment to LSIA’s sprawling chapters in Albania, Macedonia, and Kosovo, nurturing its growth through his partnerships with organizations around the world. 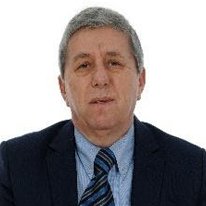 Academic Director & Board Member
Professor Fatmir Vrapi has acted as the Academic Director of LSIA and was a co-founding member since its inception. With over 35 years of academic experience, Prof. Vrapi has developed the curricular programs and examination standards used throughout LSIA’s history. Serving as Head of the Foreign Language Cathedra at Polytechnic University of Tirana since 2002, he has authored numerous articles and publications and remains a respected intellectual force in the field of education. 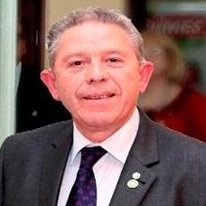 Board Member
Gjergji Çiço serves as a board member of LSIA, holding the position of Director of Korça since 2002. Mr. Çiço is a revered intellectual in his hometown and beyond. LSIA curriculum and direction have benefited significantly from his positions as an educational director, journalist, translator, and social activist for 40 years. His contributions to publications in his respective fields circulate nationally and internationally and are innumerable.
Courses
Follow us on
About
Work with us
Support

© 1994 Language Schools in Albania. All Rights Reserved.
We use cookies on our website to give you the most relevant experience by remembering your preferences and repeat visits. By clicking “Accept”, you consent to the use of ALL the cookies.
Cookie settingsACCEPT
Manage consent

This website uses cookies to improve your experience while you navigate through the website. Out of these, the cookies that are categorized as necessary are stored on your browser as they are essential for the working of basic functionalities of the website. We also use third-party cookies that help us analyze and understand how you use this website. These cookies will be stored in your browser only with your consent. You also have the option to opt-out of these cookies. But opting out of some of these cookies may affect your browsing experience.
Necessary Always Enabled

Any cookies that may not be particularly necessary for the website to function and is used specifically to collect user personal data via analytics, ads, other embedded contents are termed as non-necessary cookies. It is mandatory to procure user consent prior to running these cookies on your website.